In and Around Coiba 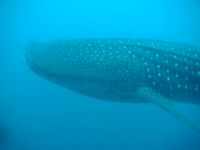 Coiba National Park is now a sanctuary for the whale sharks. The whale sharks have been targeted globally for their fins. Here in Coiba without regulations in place, they have been victims of numerous boat accidents by tourism companies. New regulations will help to protect these gentle giants. 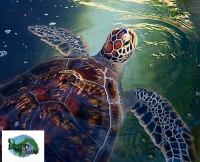 In and around Coiba National Park, the poaching of turtle eggs and the hunting of sea turtles for their meat and shells is a continual problem. With five species of endangered sea turtles here, four of which nest on the beaches, it is critical that conservation and preservation means are implemented. At this time there are no turtle agencies working in the park, only the incredibly overworked and under-supported staff of ANAM. 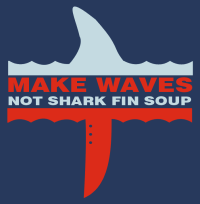 Over 72 million sharks are killed every year. Many species of sharks are now critically endangered and facing extinction. Shark finning is cruel and inhumane. Join our campaign to help bring awareness to this illegal trade. 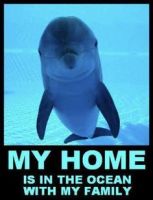 After diving and swimming with these amazing animals here in Coiba, it is heartbreaking to think of them separated from their families and being held in captivity. A whale in the wild has an average lifespan of 80-90 years, while the median lifespan of a whale in captivity is only 9 years. Thousands of dolphins and whales are captured from the wild annually and those not chosen for aquariums are slaughtered.